Alena Seredova shows her nude tits for paparazzi while enjoying a day with her famous lover on the beach (July 2005). Alena Šeredová (born March 21, 1978) is a Czech model and actress from Prague, living in Italy.

She was a Czech vice-miss and represented the country in Miss World in 1998. She was married to Italian footballer Gianluigi Buffon with whom she has two sons. They married in June 2011, and separated in May 2014. 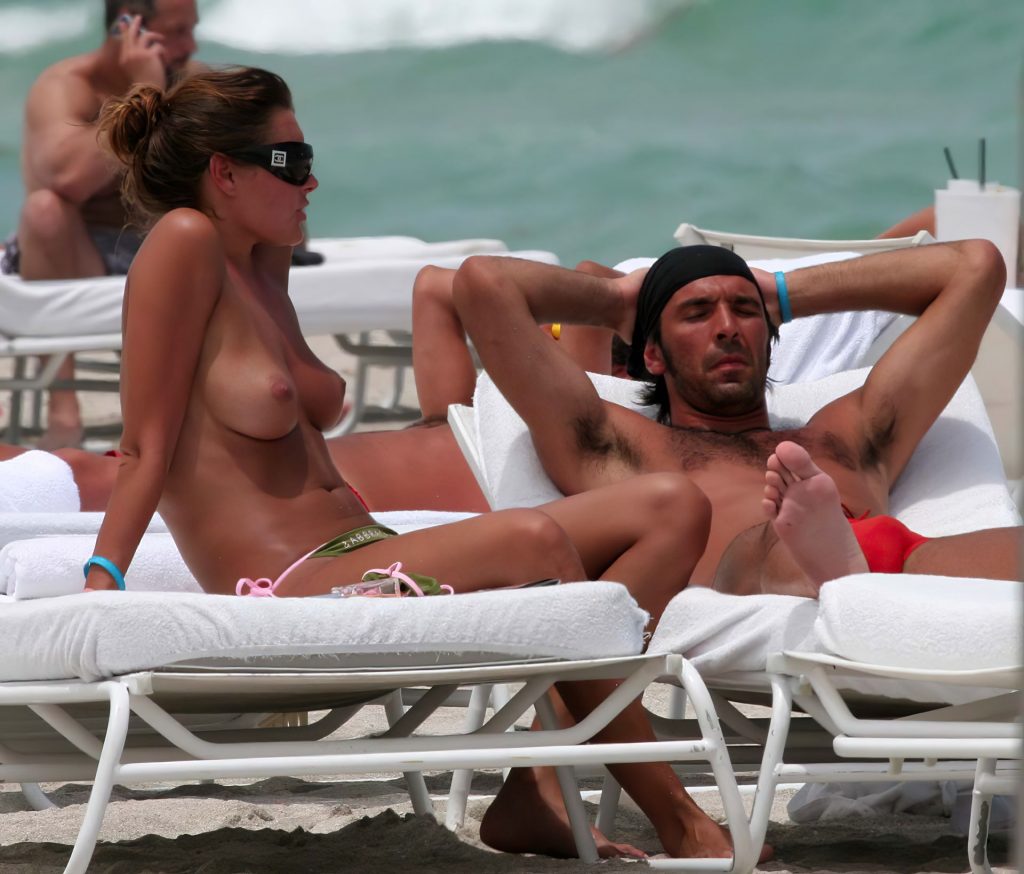